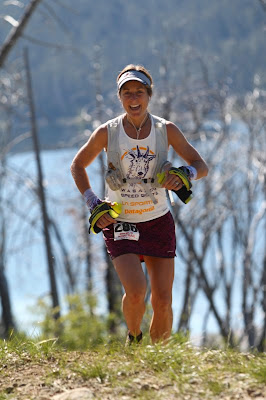 I am still having a hard time with actually being done with WS. I first entered the lottery in 2007 after going to a Western States training camp with Scott Jurek. When I went to the camp I just thought it would be a fun few days away running in the Sierras, eating good food, and meeting new people. I never thought I would want to run a 100 mile trail race. Well, that is what happened after spending 4 days talking about and running the WS trails. That year I decided I would try and get in by placing in the top 3 at one of the Montrail Ultra Cup races. I trained hard and ran American River 50 mile. 4th place. I entered the lottery and was a loser. The next year I tried again at Mountain Masochist 50 mile. 4th place again, lottery loser again. The only good thing about being a two time loser was I was guaranteed a spot for 2009. 2009 came and the race was canceled due to fires. The two time lottery losers were split and half were eligible for the 2010 race and half for 2011. I was finally given a spot. 2011 was my year! With all the frustration of waiting so long to get in I think it all worked out for the best. I was able to run 2 hundred mile runs (Cascade Crest and Tahoe Rim Trail) and I paced Nikki Kimbell in 2010 on the last 38 miles of the WS course.

Western States is unlike any of the other 100's I have run. There is A LOT of hype. They make you feel like a rock star. It is enough to make this girl extremely nervous. I was so happy when Saturday finally came and I was able to just get going! The course had snow the first 38 miles. There were some spots where we were sliding down hills on our butts because it was easier and faster than running. I was extremely slow on this part but I think it was good because it encouraged me to not waste too much energy on the beginning. Because of all the snow the first time we could see our crews was 55 miles. This was after climbing from Squaw Valley, running through snow, running in the heat of the canyons, and climbing some steep peaks. The climb up Devils Thumb about killed me. I came into Michigan Bluff feeling nauseated and plain old spent. It was such a perk to see Kristjan and Riley. They gave me some water mixed with maca, a Vespa, and a quick hug and I was on my way. My next stop was Foresthill at 62 miles where I could pick up Shawna and finally have some company. I was ready to visit with someone and be done with the i-pod. By this point the music was really bugging me! Kristjan helped me change my wet, dirty socks and shoes and lubed up my feet (now that is true love) and Shawna and I were off for the last 38 miles. We kept a pretty good pace mostly running and power hiking any inclines. She kept me entertained and updated with what I would need to run to make it to Auburn under 24 hours. I told her I really didn't care if I was under 24 but she would not accept that and she kept reminding me that although it hurt pretty bad at the time I would be much happier if I gave it my all and did what I set out to do. It started getting dark as we were heading down to the river (77 miles). I was wishing it was a year when we could walk across the river instead of ride boats because that cold water was needed on my aching legs! We made the river crossing and saw Kristjan and Riley again as we were getting out of the boat. They fed me and hiked up the hill with us with their big packs of gear. Shawna and I ran the last 20 miles through the night telling stories, listening to rattlesnakes, dealing with upset stomach, racing the clock. Shawna kept encouraging me to run when all I wanted to do was walk. We made it to Placer High School with 6 minutes to spare! My final time was 23 hours 54 minutes. She was right. The feeling of accomplishment was worth the pain and the 5 year wait made me appreciate it all the more.
Posted by Monica Ochs at 7:11 AM

Worth the wait! Nice report and great run Monica.

Sweet! 6 minutes to spare is cutting it pretty close!

Glenn did a great job capturing the moment! Looks like you were having a blast out there! Congrats on your sub-24 buckle. When are we going to do the Wonderland??

Congrats Monica! Happy for you--this is quite the accomplishment, and I know Western has been on your to-do for a while. Jealous, a bit. All kinds of kudos to Kristjan, Riley and Shawna too--sounds exciting how they helped get you in under 24. (:

Thanks Everyone! Amy, LET'S PLAN IT!!!!! Arthur, what videos?

Good Job Monica.
Loved seeing you on the trail. You looked awesome. I see a top 10 WS finish for you someday. I just know it.
xo
Jose

Way to go, and great photo!

My sponsors are REALLY COOL COMPANIES who support ultra-running and provide products and services that keep me going! 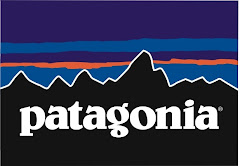